Very often these are used when a business is started.  Several shareholders put money into the project and want to make sure they can get a proper reward for their commitment of time and/or money in it setting up, managing and developing the business.  The agreement will often include controls on the appointment of Directors, profit distribution, major expenditure, borrowing and exit mechanisms.  This gives minority shareholders a say in the business and some security, where they would otherwise have no influence in decisions affecting their interests.  Please note, however, that in most things relating to companies, when it comes to a vote the majority rules.

If you are starting a business using a limited company please come and speak to us about putting an agreement into lace before you take the plunge.  It is much easier and cheaper to get these things sorted out beforehand than risk the expense and risk of going to court later.  Also, everyone knows where they stand if you have an agreement and it reduces the risk of major conflicts arising.

There is nothing to stop existing businesses from entering into a shareholders’ agreement long after they have been trading and this sometimes happens when one of the main shareholders is considering retiring or has retired.

Another advantage of having such an agreement is that it sits behind the company’s public face and is a private document between the shareholders.  It does not have to be filed at Companies House.

A shareholder who thinks that the company is being run in a way which is unfairly prejudicial to some of the shareholders (they may even be the majority) may make an application to the Companies Court to correct that behaviour.  For example, failing to pay declared dividends, undertaking activities which are not permitted under the company’s Articles or doing something which might result in the company’s insolvency, are all things which might justify an application.

It is important to act quickly because the court will reject an application where the shareholder has allowed things to run on, as the court will regard this as acquiescence in the action taken by the Director/s.

If an application is made, the shareholder may be required to sell his/her shares to the remaining shareholders by the court as a way of resolving the matter if this is practical.  There are other issues for the court to consider when dealing with the application and these include the shareholder’s own conduct.

These applications are rarely straightforward and are often settled by negotiation before the court is asked to make a final decision.  Quite often, one or more of the shareholders leave with a package.

These claims are rare because although the shareholder can issue the court proceedings to get things going, the court must give permission for the claim to continue to trial.  Permission is not easy to obtain.

This is the nuclear option in shareholder disputes and involves the aggrieved shareholder asking the court to wind up the company and bring it to an end.  Usually the shareholders’ differences have become irreconcilable and a ‘commercial divorce’ is the only to way to deal with it.  The company will be wound up and if there is anything left after the creditors and liquidator have been paid, it will be distributed between the shareholders.  They will go their separate ways.

Not every aggrieved shareholder will be able to justify a winding up petition to the court and there will have to be strong reasons for believing that the company can no longer continue.  The shareholder must demonstrate that there will be a tangible benefit in making a winding up order.  If there is some alternative remedy, which would allow the company to continue, the shareholder may find that the court refuses to make the order.

An example which might justify a petition could be that two shareholders with different but complimentary skills or expertise have formed a company to offer those combined skills in the market place.  They fall out and the company cannot continue with only one of them, as the vital skills of the other will no longer be available and the underlying basis of the company has gone.  Alternatively, there may be deadlock between the shareholders which cannot be resolved in any other way.

However if the company is in financial difficulties a creditor may issue a petition under S.122 anyway, whatever the shareholders may want.

It is increasingly common for internal company disputes to be dealt with by the parties choosing to appoint a mediator, who will normally be someone who is experienced in this area of law.  If agreement is reached with the help of the mediator, the compromise can be recorded in a legally binding document which can be enforced in the court, if one of the parties breaks it.

The advantages of mediation include its relative cheapness compared to going to court, privacy (there is no public record) and speed.

These can be quite complex disputes but we are able to offer you expert advice and guidance to help you through this potentially sensitive and difficult area.  If you would like to discuss any of the issues raised in this section please contact our Commercial Dept and arrange an appointment to see us. 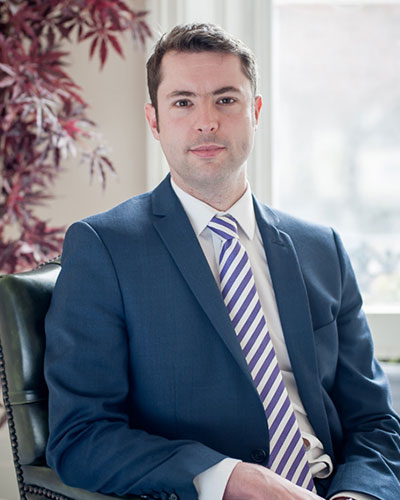